Gemma Garrett, Miss Great Britain, supported the premiere of “Seven Pounds” by her appearance. Garrett wore a sexy Herve Leger dress that did justice to her large bust. Will Smith enjoyed a large crowd turnout and was made busy signing autographs. Smith pleaded for support for his depressing film. He should have thought about it before he took it. On the bright side, Gemma Garrett wants to give a shout out to decent guys. Garrett wants to meet nice boys and they can apply through her website. 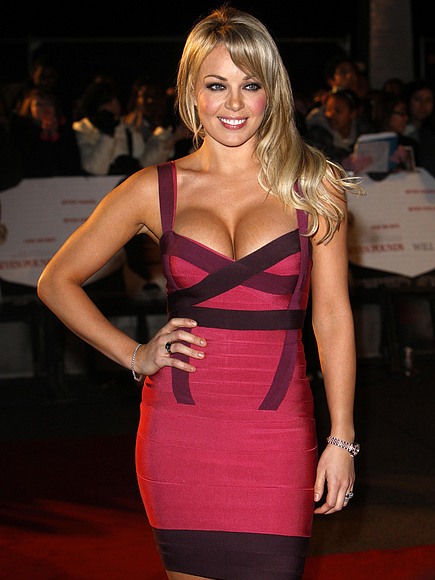