Most women don’t have the balls to attempt the schoolgirl look (short pleated plaid skirt with tights and an up-do) at Geri Halliwell’s age but of course Geri is not most women. In my mind, she will always be Ginger Spice. She has earned that name and she will forever own it in the hearts and minds of Spice fans everywhere. Really, this is just more of Geri being Geri and I love that about her. She just is what she is and she doesn’t care what anyone thinks. Someone once told me to dress my age but I was dressed in a Hello Kitty pajama set (pants and tank top – totally appropriate for a quick trip to the store) and was trying to buy smokes. Makes sense, I guess. That, my friends, is why I write about celebrities and am not in front of the camera. The press would catch me doing all sorts of weird stuff. Well, that and the fact that I have no discernible talent to speak of. Ha! Like that matters these days! 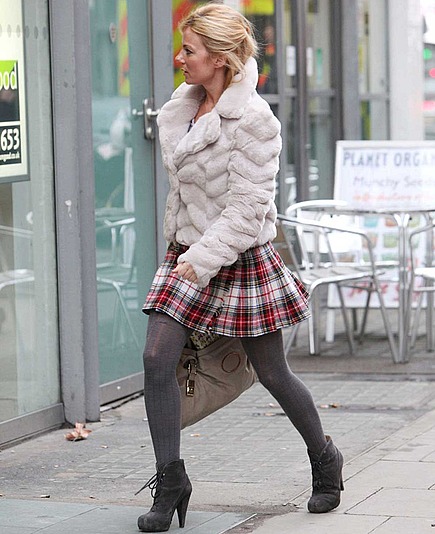