Geri Halliwell known for being a member of the once popular Spice Girls is seen all in black from the above the knee boots to the jacket. The tight sweater dress reveals her slender figure, but she could have chosen a more attractive ensemble. She kind of looks thrown together and her dress is still crawling up and sticking her black tights. Not a good look. But, hey with what she has underneath, no one will care.
On her own, Geri has released four number one singles on the UK charts including “Mi Chico Latino”, “Lift Me Up”, “Bag It Up” and “It’s Raining Men”. 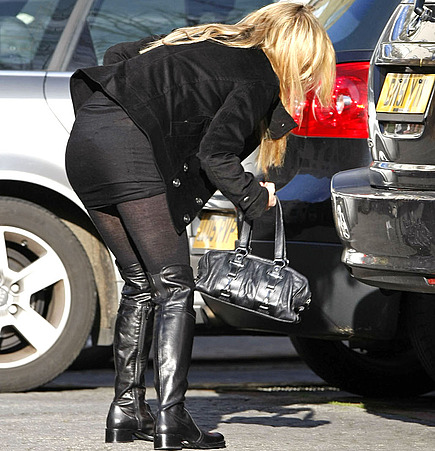