From a modest Vogue debut in 1999, Gisele has grown into someone now widely regarded as among the five most powerful people in the cut-throat world of couture. And here you see why. Even modest creations of any color or style seem to merge with her figure as though they were painstakingly tailored for that single task. The jewelry is simple and tastefully done, accenting a face and figure imbued with such lyrical form and effortless grace it could reduce even Helen of Troy to disconsolate grief. Gisele Bundchen is regarded by many of her peers as today’s preeminent Supermodel, and someone who can project such poise and allure when placed against texturised concrete is clearly deserving of such priceless acclaim. 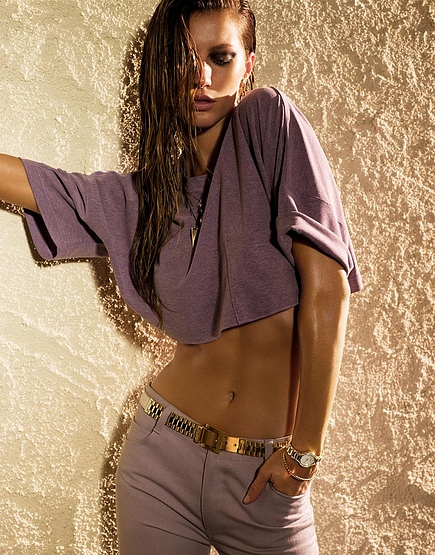