The Real Housewives of Orange County star Gretchen Rossi was photographed with her sexy bikini while enjoying in a beautiful beach of Malibu. Gretchen has a rocking sexy body and she looks catchy enough as she took the shower. Never heard of this chick yet, but with the photos that she had, she will definitely catch the people’s and the media’s attention. To those who are not familiar with her yet, Gretchen is a successful Real Estate business owner and is now having a new line of business, which is a make-up line and a lingerie line, which is her long time dream field of business. 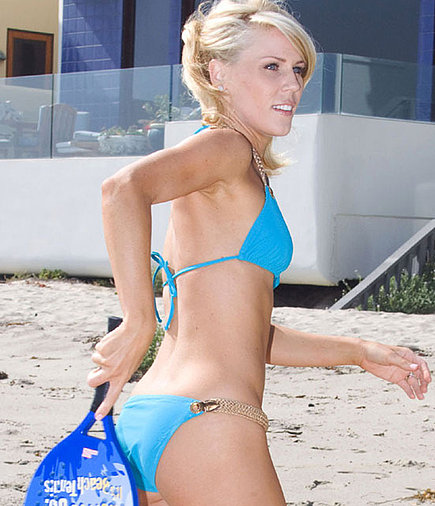