No boyfriend? No problem! Halle Berry was spotted having the time of her single life on the beach in Miami,  just after news broke of her split from Gabriel Aubry; her boyfriend and the father of her baby. Even in a baseball cap, this lady is a knockout. Clad in a sexy aqua bikini and sheer black suit cover, Halle Berry let the world know that she doesn’t need a boyfriend to have a good time. While there seems to be a line of men clamoring for this sexy single mother’s attention, Halle doesn’t seem to be in any rush to settle down. 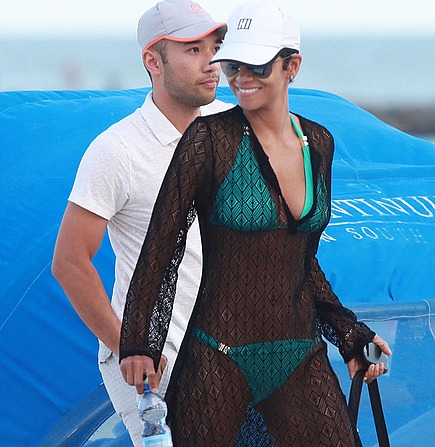