Halle Berry Is A Special Kind Of Star

I recently heard a story about Halle Berry from the set of one of her movies. It involved the infamous “don’t look the star in the eyes, don’t speak to the star” signs common on many Hollywood movie sets. You know, the pretentious, ‘better than you’ signs some celebs demand to make sure they don’t have to speak to the ‘little people’. I prepared myself – ready to have my illusions of Ms. Berry blown out of the water. I was wrong. Instead of demanding the signs, Halle demanded they be removed. She then took the entire cast and crew for dinner to show them she knows she isn’t any better than any of them and wouldn’t be anywhere without the people that work on the movies she’s in. Love that. There is no ego with Halle. More proof? She pumps her own gas. Here at a local gas station in Los Angeles, California, Berry doesn’t have an assistant get out and pump her gas. She does it herself. While that might not seem like a big deal, try to find pictures of other celebs of her caliber doing the same thing. Gonna be hard to do, my friends. 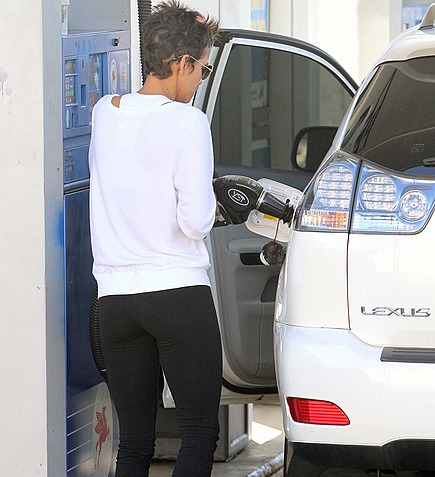