The cute and pretty Hayden Panettiere shows off her back while looking sexy on her cute black dress that she wore during the premier of Star Trek at the Grauman’s Chinese Theater in Hollywood, California. The Heroes starlet happily poses for some photos to the paparazzi and the starlet give her all out smile before she officially joined the star studied premiere night. The sexy black dress of Hayden did not only show her back but some cleavage as well. Spotted stars joining with Panettiere among other known stars in the premiere are Leighton Meester, Heidi Klum, Shawn Johnson, and Peter Facinelli. 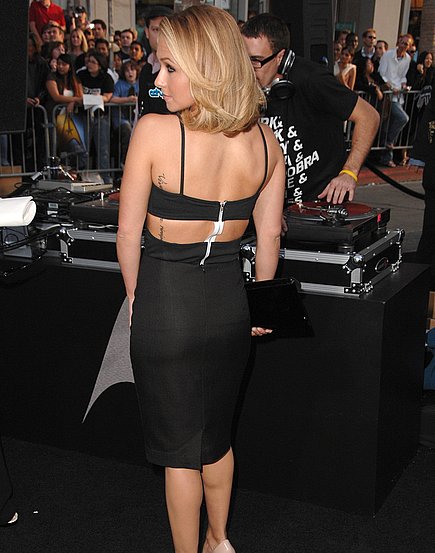