Heidi Klum has pretty much been sitting atop opportunities, and boy has she done well. As of now, she’s rubbing shoulders with many a popular entity, and that’s going to be for eternity. Her patchwork family is doing great, and Seal Samuel as we can see has been a great support system for this supermodel. She’s happily been hosting Project Runway for a few seasons, and has done Germany proud. Here’s her going down in history at Madame Tussauds, Berlin. As they say, the wax models are quite a delight, well, sure seems Heidi herself was quite thrilled at her waxed self. 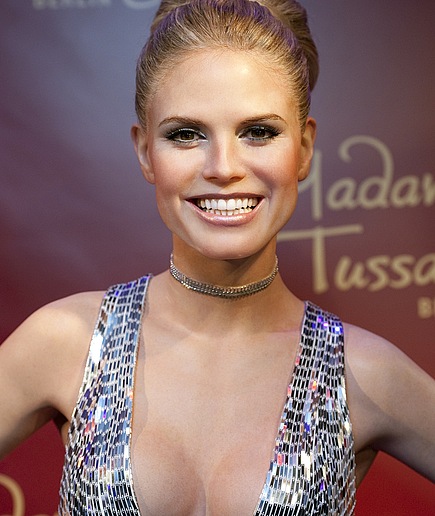