Heidi Klum was one of Jay Leno’s guests on his “The Tonight Show with Jay Leno.” Klum was a picture of perfect pose and decorum as she sat ramrod straight on Leno’s sofa and managed to look relaxed and calm. Klum’s off the shoulder dress was safely alluring without revealing too much. Klum shared the sofas with Robert Pattinson, the star in Twilight. Leno and Klum teased Pattinson about his hairstyle. 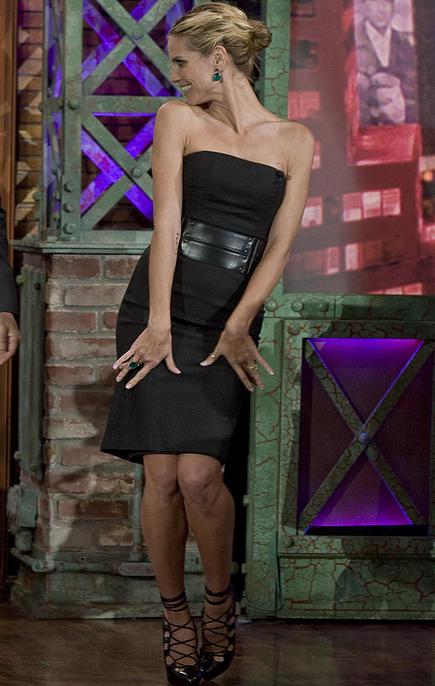