MTV’s ‘The Hills’ reality series fame, Heidi Montag had been part of media gossip for the wrong reasons. She has increased her celebrity value only in a matter of 2 years not in terms of fame alone but also in terms of her size. She has been doing a lot of plastic surgeries to enhance her looks particularly in the chest area. The way in which her boobs have grown are truly unbelievable. However, her recent plastic surgery has been lampooned by many celebrities universally. The celebrity was spotted in LA recently wearing minimal clothes showing off her skin and doing yoga. 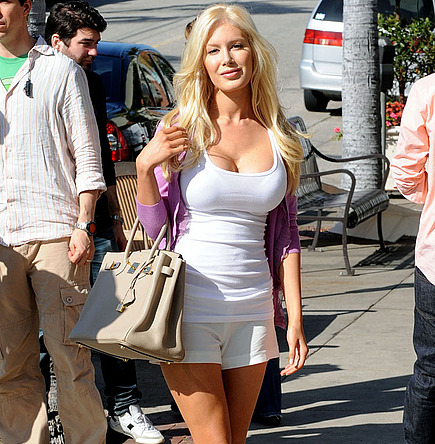