Holly Madison together with Kendra Wilkinson was spotted at MGM Grand Resort Casino in Las Vegas Nevada in her sexy tiny pink bikini. The “The Girl Next Door” beauties rock the place as they gorgeously pose for pictures to the photographers and give their beautiful smiles. Madison and Wilkinson was in Vegas to join the Memorial Day weekend kick-off party at the Wet Repulic. Looking at these photos, you will notice the nice shape of Holly Madison and her beautiful ass looks nice as well. After replacing Jewel because of leg injuries in a show called Dancing with the Stars, Holly will soon appear in the topless burlesque revue Peepshow. 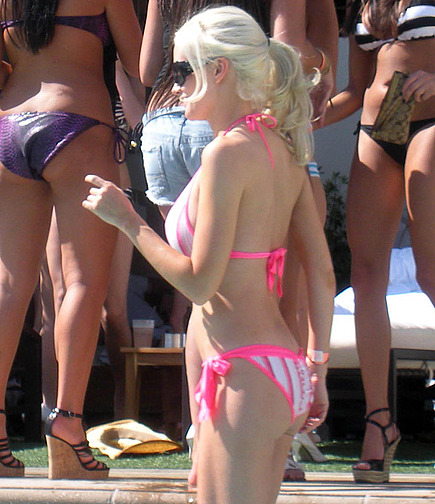