Girls Aloud member Sarah Harding has successfully landed a lead role on her first film playing as herself. While filming the British box office smash hit St. Trinians in Liverpool Street Station in London, the cast are photographed on the set including the sexy Sarah wearing her super tiny black short that packages her hot and kicking ass and her toned long legs. Other cast members of the film include Russell Brand, Colin Firth, David Tennant, Rupert Everett, and Tamsin Egerton. Sarah seems to be so happy in these photos as it is very noticeable in her beautiful smiles and gestures. 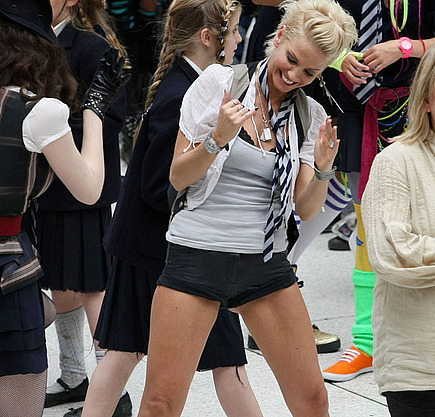