Hot Ashley Tisdale In A Bikini

Ashley Tisdale is one of those girls I forget about for the most part until I see new pictures and am reminded that I think she’s absolutely adorable. That’s what happened with these pictures of Ashley in her blue bikini in Miami. To be fair, I don’t really think she’s sexy in the traditional sense of the word. She’s pretty and she has a pretty nice body but when compared with many of the other young actresses in Hollywood, she isn’t really all that sexy. I would say Ashley is more adorable – the girl next door kind of hot as opposed to sexy like smoking hot siren sexy. With all that said, I love Ashley and I hope there are big things in her future. 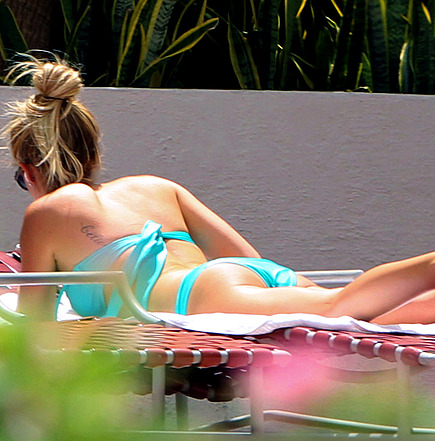