American actor and model Liv Rundgren Tyler was spotted with her 5 year old son walking down the road. She went to pick up her son from the school and was wearing a white top and blue jeans teamed with dark sunglasses. Liv is the daughter of famous band Aerosmith’s lead singer Stever Tyler and Bebe Beull. Starting her modelling career at the age of 14, she soon started focusing on her acting. Silent fall was her first movie and she also appeared in movies like Empire records, Heavy and That thing you Do!. Her first recognition came for her character of an Elf maiden Arwen Undomel in the movie The Lord of the Rings. 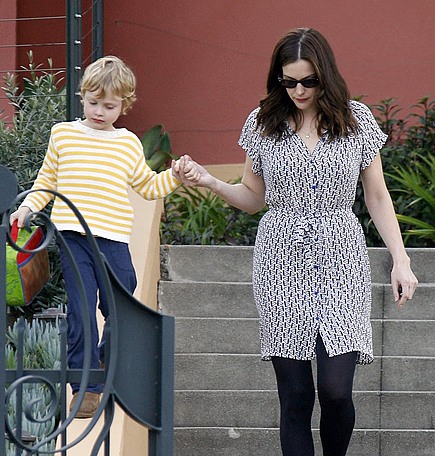