I Don’t Find Farrah Abraham All That Attractive Anymore

I’m almost positive Farrah Abraham’s sex tape scandal has far more to do with her sudden lack of appeal than any changes in her appearance. I used to think this girl was a different kind of reality star. She seemed interested in working to extend her 15 minutes of fame (gained, by the way, for appearing on Teen Mom) and I appreciated that. Sure she rose to fame on a reality show but she was acting and modeling as well and I thought that was respectable. As it turns out though, I was pretty much entirely wrong about her. She isn’t much different than Heidi Montag, Courtney Stodden or any of the other little talent “media stars” that become famous for a scandal or a crappy reality show and then scratch and claw to extend that 15 minutes further. She’s just another reality star willing to do anything to stay in the spotlight, even if it means taking it up the rear on camera. I guess it worked for Kim Kardashian but at least Kim is hot. In these photos, snapped at a pool party in Las Vegas, Farrah looks pretty enough to keep cameras snapping but I don’t think she’s really anything special anymore. Maybe if she’d been honest about the sex tape, I’d respect her a little more but she lied and that made me lose whatever respect I had for her. 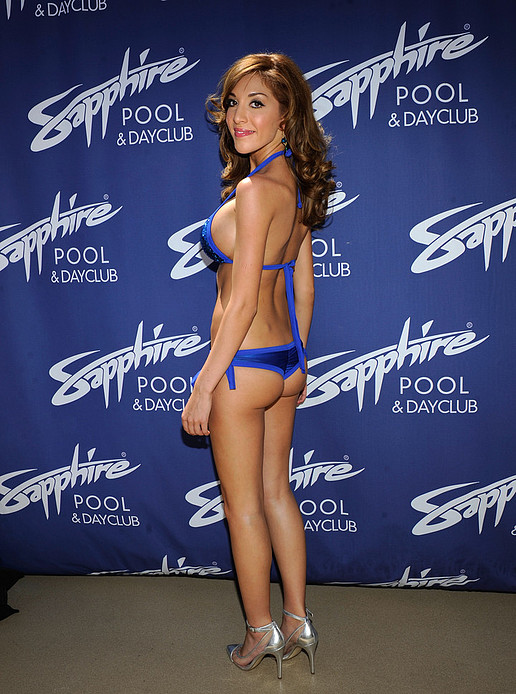 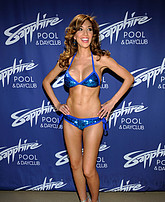 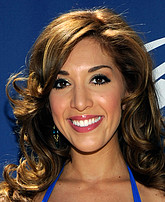 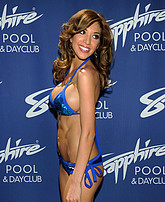 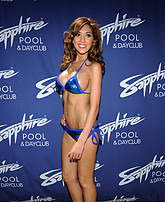 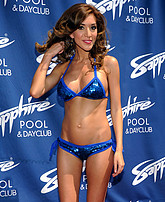