Wearing a set of pink tiny bikini, My Name Is Earl’s Jaime Pressly shows ample muscles from perfectly fit body. The 31-year-old hot momma was spotted coming from a presumably ATM machine. Looks like heading for a bikini escapade, award-winning actress Jaime Pressly looks so sexy on her bikini despite of the black outer garment that she has. With her almost perfect fit body, it is not impossible for her to land as one of the cover girls for magazines like playboy, and shape. Currently, Pressly stars in NBC’s sitcom My Name Is Earl playing the role of Joy, which she started playing since 2005. 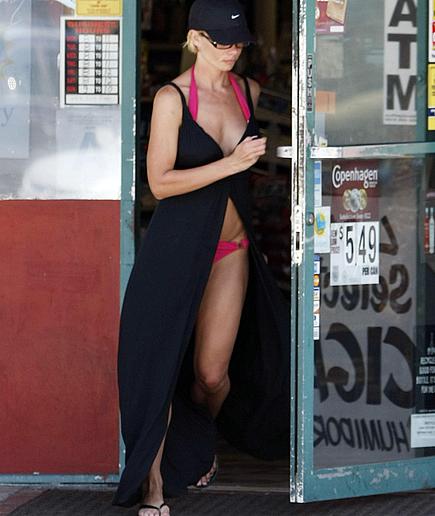