The premiere of the “The Bounty Hunter” in London focused on the glamorous pair in Hollywood, comprising Jennifer Aniston and Gerald Butler who posed cuddled together while walking on the red carpet at the premier. Aniston was wearing a short silver shiny attire along with a black jacket over it while butler was in a sexy grey suit. This pair is said to have fallen for each other on the sets of the movie. The two were also seen together in Mexico where Aniston celebrated her birthday recently along with her friends. Butler denied all reports, which linked Jenifer Aniston with him and added that they had a great time during the filming of the movie. Their pairing up is been termed as fake publicity attempts to publicize their film. 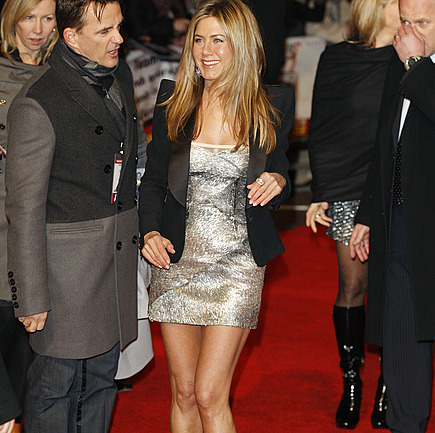