Jennifer’s quirky, caffeine-enhanced collaboration with Courtney, Lisa and the three other Friends is probably responsible for more of Starbucks popularity and overall profits than either of the parties is currently aware. That trend-setting show took its farewell bows in 2004, and apparently so did her stylist. Appearing here on live German television with her friend Owen Wilson she still has the same haircut, but longer; And it looks sadly dated after almost nine years. The skirt doesn’t suit her, her last waxing was clearly done in some haste, and what she has on her feet I’d rather not guess. The lady needs either a far better Agent, or a hot date with Brad. 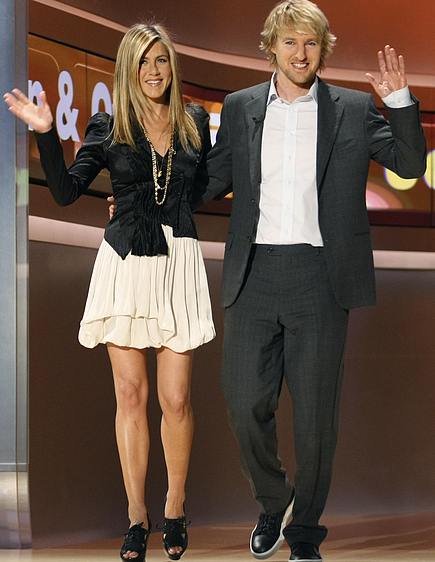