Jennifer ‘Jwoww’ Farley Rings In The New Year With Her Butt Hanging Out.

Well, no one’s ever accused the ladies of “Jersey Shore” of being classy and Jennifer ‘JWoww’ Farley has never been an exception to that rule. I’m quite certain class is a word rarely attributed to this woman and I’m quite certain she’s just fine with that. It might sound like I’m giving her a hard time but I honestly really do like the girl, ass hanging out and all. I like a woman that isn’t afraid to be who she is regardless of whether or not people look down on her for it. These ass-baring photos from New Year’s Eve 2013 in Times Square, NYC are a great example of that. With that said, I really don’t like the dress she’s chosen here but that’s more of a personal taste issue. I think she looks good and looks like she’s having a great time. I wish nothing but the best for Jenni in 2013. 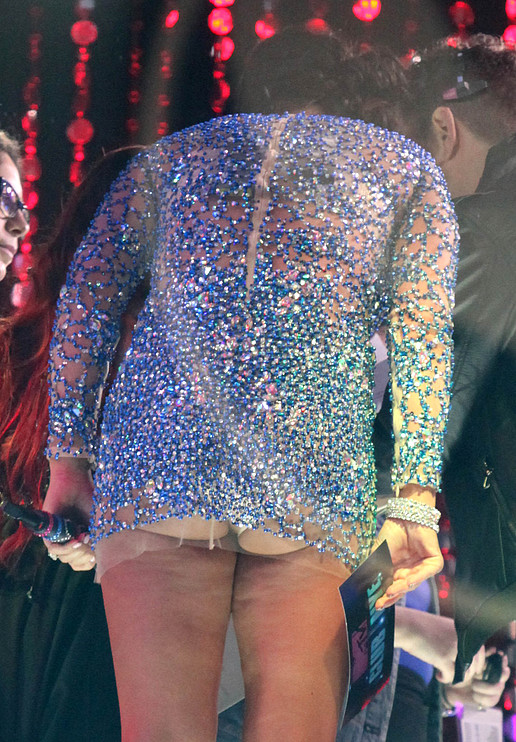 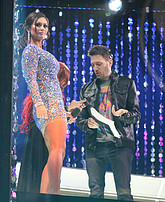 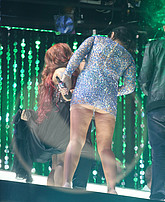 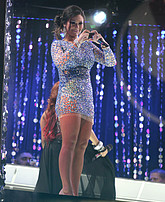 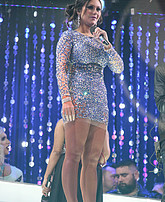 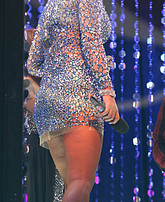 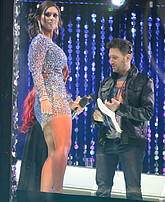 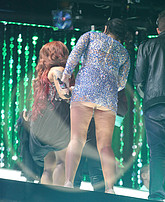 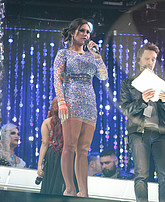 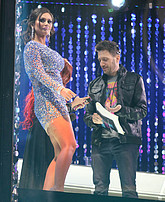 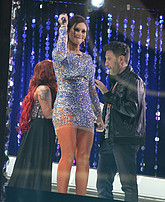 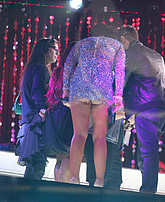