Now here we go with the Jessica Simpson stuff. I don’t think anyone should be hating on this woman for her body type. I think she’s absolutely gorgeous. I don’t care much for her public persona, but that doesn’t really make her any less attractive – at least not to me anyway. I’ve never been a big fan of the whole dumb blond movement, but anyone who thinks Jessica as dumb as her reality show would have you believe likely doesn’t pay much attention to the Hollywood hype machine. Blond bimbos with big boobs and no brains sell. Sadly. With that said, I kind of like Jessica for trying to step away from that image. I know someone is going to say something about Jessica looking a little round in these pictures taken in Beverly Hills but who cares. Look at those legs? Gorgeous. The only think I can see in these pictures that I don’t like is those shoes. Horrid, but aside from that, Jessica looks awesome. 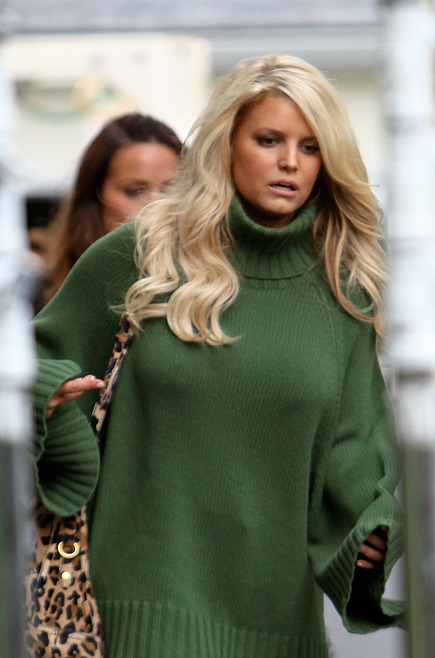