Country Singer and actress Jessica Simpson was last spotted at the Congressional Country Club in Bethesd singing the National Anthem at the AT&T National golf tournament hosted by Tiger Woods. As she meets the tiger, Jessica was in her hip-hugging dress in horizontal stripes of red and black, which made Jessica looking healthy. Aside from singing the National Anthem, Jessica was also in the even to support her boyfriend Tony Romo. The Dallas quarterback Romo played with Tiger Woods on the said tournament. Though Jessica looks good in these photos, maybe she will look even better if her dress length would a little bit shorter than it is. 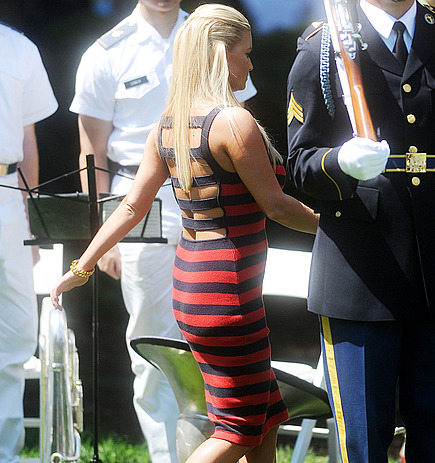