Julie Bowen was seen with an unidentified person in blue shorts at the beautiful beaches of Hawaii and she was at the beach for an early morning dip. The actor came to Hawaii with the entire crew of the TV series Modern Family as they are filming scenes for upcoming episodes. Julie was looking hot in a purple and white c, which was suiting her very much. The actor was turning the temperature high as she slipped into the water in her bikini. She was later spotted with small hat and dark sunglasses, which added to her glam but it appears not everyone has taken her swimwear pictures well as she may just be looking a little out of shape. 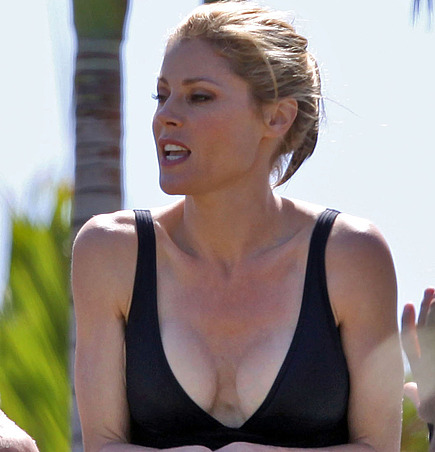