I’ve said it before and I’ll say it again – I don’t get the big deal with Karissa Shannon. I really don’t. Sure she’s hot, but she’s not really all that hot. Before anyone says it, yes – she’s hotter than me. Much hotter than me and I’m cool with that. The thing is, she’s not even the hottest girlfriend Hef’s had. All the same, here’s Karissa out for a night out at Katsuya in Hollywood. Apparently that bandage on her middle finger is covering a tattoo she got just before these pictures were taken. The tattoo is of her boyfriend Sam’s name – her boyfriend that is mostly likely going to be heading off to jail in June. Something about that tattoo just screams bad idea to me, but what do I know. Moving on. 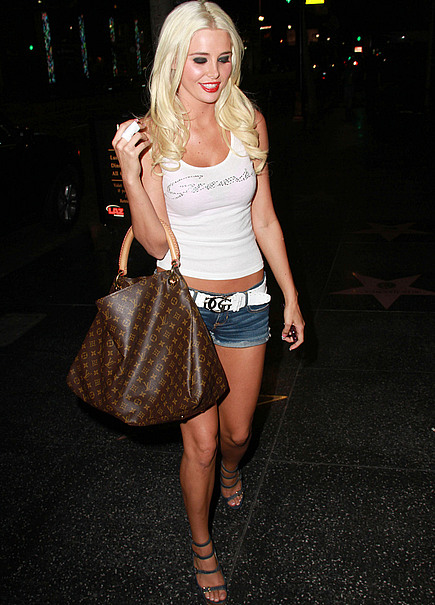