Kate Beckinsale In Her Fitness Outfit

The beautiful Pearl Harbor star Kate Backinsale was spotted leaving the Byro & Tracey Hair Salon in Beverly Hill, CA with a girl friend wearing an all black presumably fitness outfit accentuated with an oversized sunglasses. Kate is looking in good fit with these photos and seems like she has the nice curves, toned legs, and a beautiful ass. Kate is again starring another movie, which is due to be shown in theaters by December, with a title Everybody’s Fine. Surely, many have known Kate, as she starred numerous films and been nominated to numerous awards wherein she had won some of them. 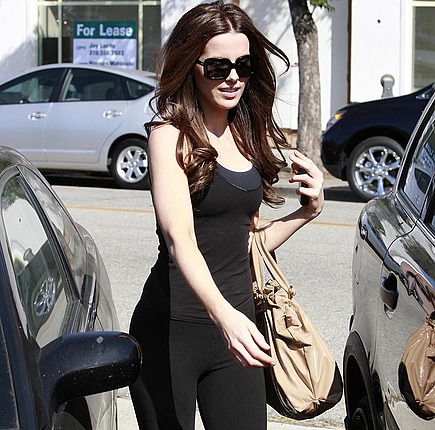