The other day, I wrote about a new set of Britney Spears crotch shots and mentioned feeling a bit bad for her. Everything I said then can be said now for Kate Hudson but with Kate, it’s even more true. It’s clear the girl isn’t happy with the cameras crowding her; even putting up her hand to block them. Perhaps she should’ve blocked something a little lower but that’s really not the point. Say what you want about celebs asking for fame and all that – no one should have to worry about getting out of their car. Whatever though. Kate has been one of my favorite actresses since she played Penny Lane in “Almost Famous” so perhaps I’m just a little protective of her. Love Kate and despite the intrusion, I like these pictures. This is me being a complete hypocrite. 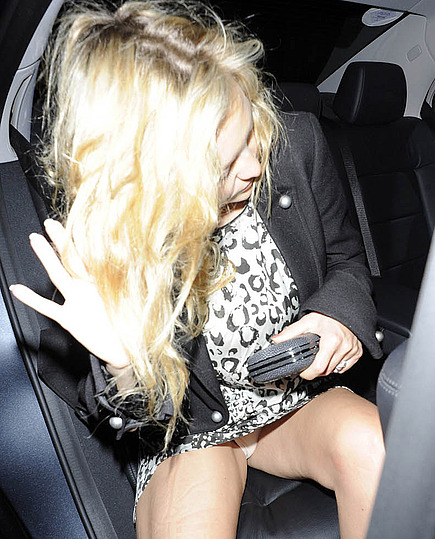