Most times, I hear people are floored at the way she looks at you, and that’s not debatable, guess everyone would agree. Another thing that strikes a chord is her responsive behavior, she’s always rather friendly, and then there’s that strong single parent image. Kate’s one woman you can’t get tired of, and one reason you love her is her spontaneous approach t life. So, while everyone’s reinventing warped fashion from time to time, she just believes in being natural. Talk about approachable celebrities, and she fits in. Here are photos where she heads to her car, exposing her legs after lunch at A Votre Sante restaurant in Brentwood, California. 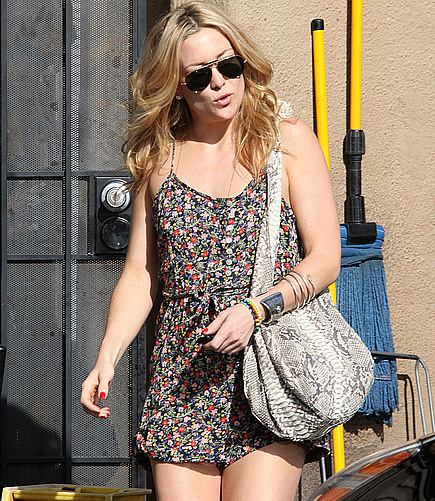