Kate Hudson was David Letterman’s guest on his Late Show. Hudson showed up in a number to display her sexy back. Hudson was promoting her latest movie, “Bride Wars.” Hudson co-starred with Anne Hathaway, playing best friends who became competitors at bride wars. The two brides have weddings fixed on the same day. Each bride has to wage a war to get the common pool of guests to attend her wedding instead of her competitor’s. 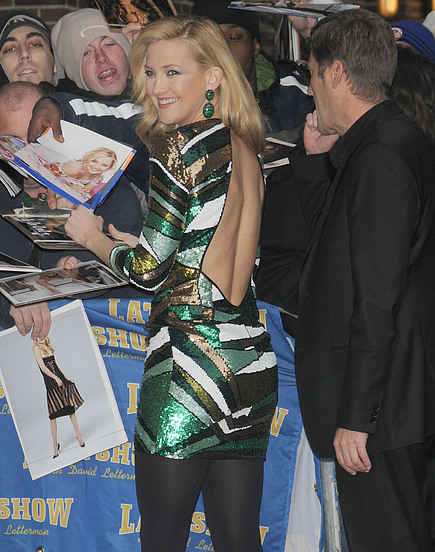