Gorgeous Hollywood actor Kate Walsh was spotted in Hollywood as she visited her friend’s house recently. Kate was in beautiful white attire, which was looking cool and suited her very much. She was wearing a hot pair of aviator sunglasses having a reddish shade that added glamor to her looks. The outfit that the actress was wearing showed her fashion consciousness more than anything. Kate was also carrying a beautiful pink handbag. The front button of her dress was unbuttoned, which added a sexy touch to her looks but then that’s all there was to see for now at least. 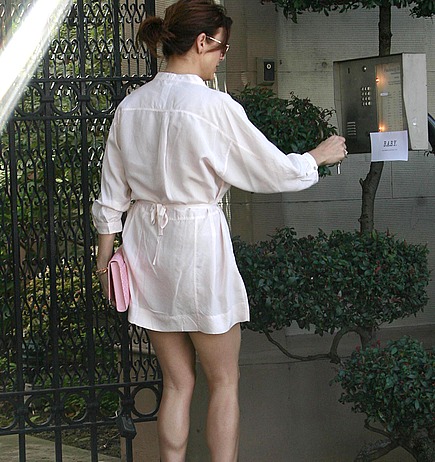