Katherine Heigl caused quite a stir when she showed up for the People’s Choice Awards in a pantsuit. She showed only a tiny portion of her cleavage. Heigl looked as though she was influenced by Hillary Clinton’s style of using pantsuits. Heigl told reporters she felt fat after the holidays and was not in the mood for wearing dresses. Cameramen immediately caught on and started taking pictures of her side profile, in the hopes of catching that bump. Heigl took home the award for the best comedy movie prize for “27 Dresses”. 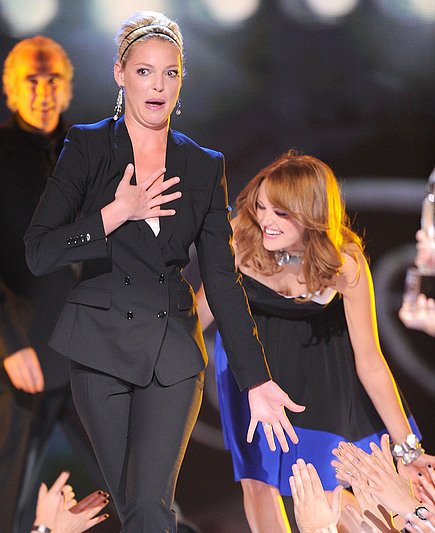