No women in the history of Hollywood have won an Oscar for the Best Director category and surprisingly Kathryn Bigelow is the first to receive the Best Director award at the 82nd Annual Academy Awards. She was spotted posing at the Press room. She was looking gorgeous in a silver colored outfit holding the two Oscar Awards. The second one is for her best film ‘The Hurt Locker’. The movie swept the Oscars and received many awards including the two which she claimed. She was wearing a beautiful Tennis bracelet, which was well suited with her attire. The movie was about an Army bomb defusal team. 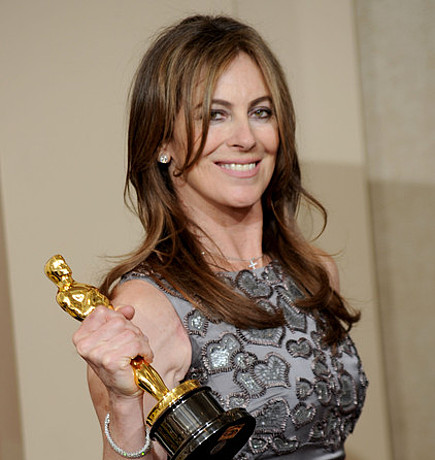