Kelly Bensimon out for a run possibly getting real skinny for her spot on “The Real Housewives of New York City.” On the other hand, it could be that she is scheduled to be published in Playboy in the December issue. Well, the photos are only going to be semi-nude but there are all kinds of rumors floating around such as the statement In Touch, “Kelly is telling everyone that she might be on the cover.” The photos are believed not to be recent ones, but ones that were taken a few years ago by Kelly’s ex, fashion photographer Gilles Bensimon. 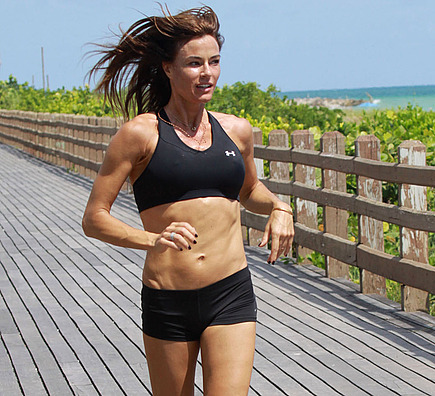