Spotted along with hubby Hank Baskett, Kendra Wilkinson shows some nice ass while having a romantic honeymoon in St. Lucia. Wearing a nice piece of tiny bikini, Kendra is obviously in love as the couple hugs and kisses each other on the clear water. Other than that, the couple also has some playful moments, as Baskett once tap Kendra’s behind in one of the photos. On some of the photos taken, Kendra’s tummy shows some indication of a healthy pregnancy already. The first baby of the couple is expected to be out of this world in December. The playboy playmate and the NFL stud married in June 27, 2009 at the Playboy Mansion. 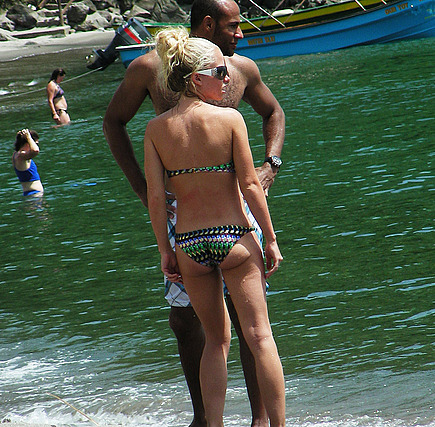