Kesha Believes In Work With Pleasure

American pop singer Kesha Rose Sobert was caught enjoying her time at the famous Bondi beach in Sydney, Australia. Sporting a black bikini, Ke$ha was seen wearing a PIXIE’s top before getting in the water. The singer is in Australia for the promotion of “Animal”, her debut album. While she is having fun at the beach with two friends, she also gave a performance at Sydney’s Fox Studios later that evening. Strangely the Tik Tok singer was seen with larger breasts in the pictures. Was it the bikini or has she actually had gone through breast enlargement or is it just my imagination. 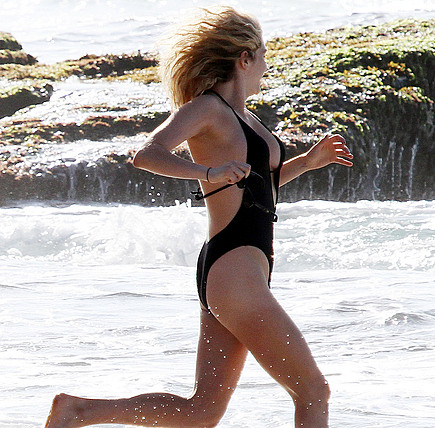