Kim Kardashian just got married. She was spotted out at the Bowlmore Lanes in New York appearing to hide her stomach. Let the pregnancy rumors begin. I would like to state for the record, I don’t deal in rumors. It doesn’t look like she’s pregnant to me – or even really hiding her stomach for that matter. I think it’s kind of silly that people go so nuts with these pregnancy rumors but I don’t think it’s just a celebrity thing. When a woman gets married, people start watching her belly. Heaven forbid you have a big meal. I don’t really like Kim’s choice of outfit here but I guess she looks pretty hot. One thing I hope we can all agree on though is that the last thing this world needs is another Kardashian. 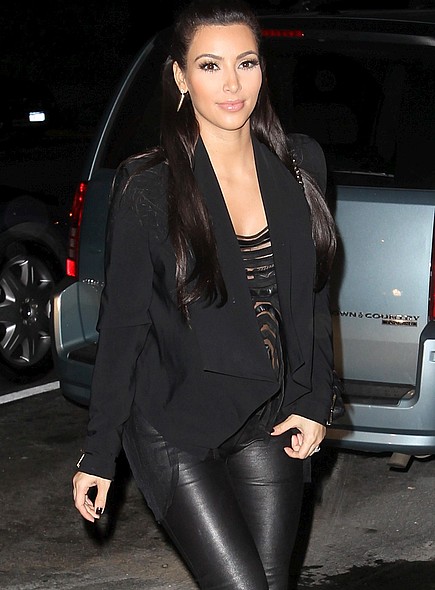