Kim Kardashian In A Tight Jumper

Kim Kardashian was looking hot and sporty with the tight fitting clothing she chose for the kick off of the NASCAR’s Shelby American Sprint Cup race. The pink and black shiny jumper that she was wearing was looking nice. It gave a sporty touch to her whole appearance as Kim was the official grand marshal of the event. She also appeared in a sexy black dress a day before launching her own perfume in NYC. She was looking fabulous in that tight black dress. Kim and her boyfriend Reggie Bush have recently bought a mansion in LA worth 4.8 million USD. 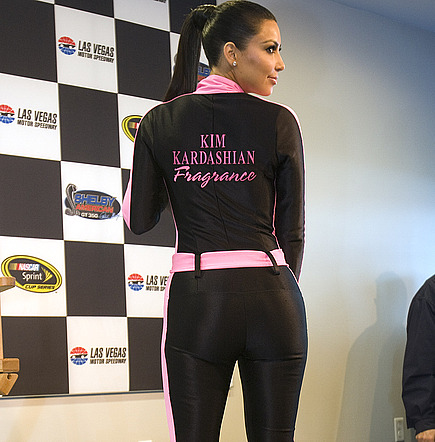