Kim Kardashian is a gutsy sorta babe. It takes a brave woman to wear horizontal stripes, especially one that’s as curvy as Ms. Kardashian. Kim does it because she’s gutsy, confident and knows she can pull it off. This woman loves her curves and is comfortable in her own body and for good reason. Here celebrating the second anniversary of nightclub Lavo, Kim looks incredible. She looks like she was practically poured into her dress but what she sacrifices in comfort, she makes up for in style and sheer smoking hotness. I’m beginning to believe Kim could wrap herself in a garbage bag for some ritzy event and she’d probably still be one of the most attractive, most well dressed women there. It would probably even start a trend. 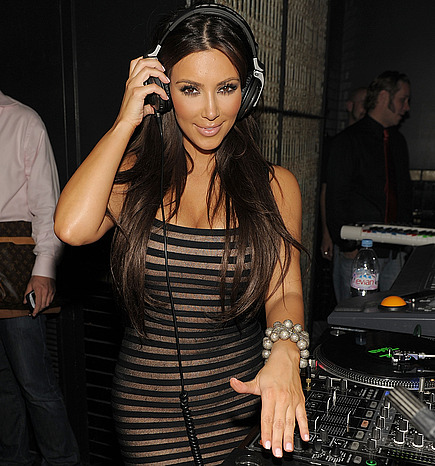