Kim Kardashian has a wonderful new collection of grey colored bikini photos for us. Kardashian got her own back after being shooed off Miami Beach while the Victoria’s Secret models shot their bikini spread. It was no strange coincidence that Kardashian was around where the paparazzi were. For people who have wondered when the reality show starlet would get hitched, she has given her answer. Kardashian said Reggie Bush and herself were in no rush to tie the knot. 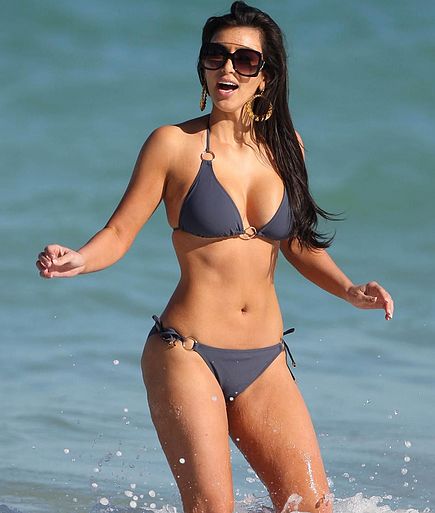