Kirsten Dunst Having Fun In A Bikini

After being a regular at the Cannes Film Festival for almost every day, Spider-Man hottie Kirsten Dunst was spotted relaxing at her luxury hotel here in Cannes. Staying at the classical Eden Roc hotel in Cap d’Antibes, Dunst was spotted wearing a black bikini while enjoying her day by the pool. Another Hollywood actress, Grace Jones was also staying at the same hotel celebrating her 62nd birthday with a £1,000 birthday cake. Kirsten Dunst also premiered her documentary at the Cannes Festival starring Brian Geraghty. Ms Dunst also gave away the coveted Palme d’Or to a film named “Uncle Boonmee Who Can Recall His Past Lives.” 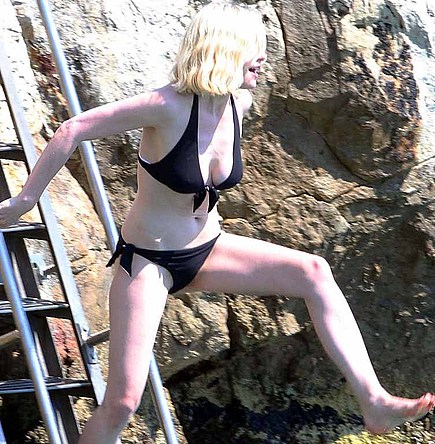