Kourtney Kardashian left the Crown Bar in Hollywood after an enjoyable night out. Kardashian’s all black assemble was cheered up by an overlapping red, plaid jacket that was short and drew attention to her camel toe. Kourtney became the fascination of online gossip websites when it was rumored that she was engaged to her boyfriend, Scott Disick. There was no official word on that. Instead, the focus was on Kourtney and her sister Khloe selling their old wardrobe on eBay to benefit charity. 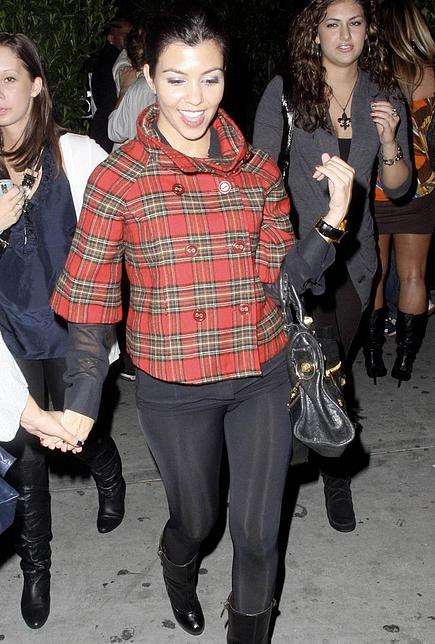