There was a time a few years back when I would’ve sworn up and down that Kristen Stewart was one of the most talented actresses of her generation. I don’t necessarily hold that belief now. She is good at what she does but she does the same thing in every movie she’s in. I like “Twilight” and it’s related films. I liked “The Cake Eaters”. I loved “Adventureland”, “Into the Wild”, “The Runaways” etc, etc, etc. I thought Kristen was fantastic in all of them but when I really look at her body of work as a whole (I’ve seen most, if not all, of her films), I realized she basically always plays variations of the same character. I don’t think she’s untalented, as some like to claim. I think she takes risky film roles which is great but I’d like to see her play a totally new kind of character – a character that would really show off the depth and range I like to believe she has. She’s still very young though and I think she has plenty of time to show us what she can do. Now, here’s how it is. I don’t find Kristen attractive. I don’t know why. There’s just something about her that doesn’t appeal to me but at the same time, I do like these photos from the Florence and the Machine concert in Los Angeles. I like what she’s wearing but I think the red lipstick is a little much for her. I think Kristen looks best when she goes for a more natural look. 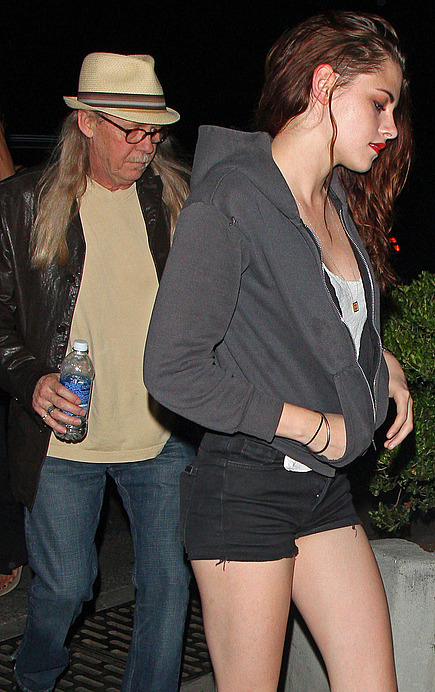