Kristin Cavallari was baking in the sun in Miami when the paparazzi caught up with her. Cavallari offered some great snaps with her bikini curves. Cavallari was resting in the day to conserve energy for New Year’s Eve party at The Shore Club’s Skybar. The celebrity event was also attended by Kellan Lutz (of Twilight) and Robert Iler (of The Sopranos). The affluent public managed to attend by paying the entrance fee. Ron Browz & Pras were guest artistes performing at the event. 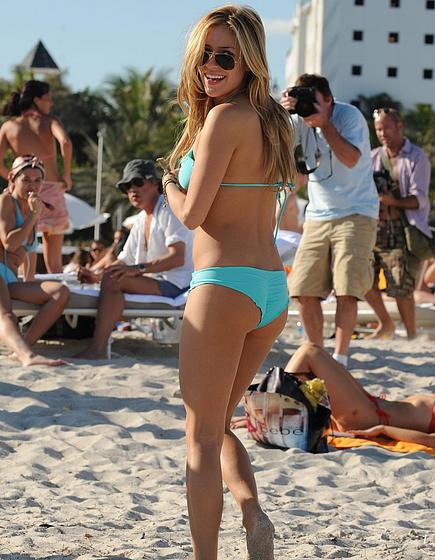