Kristin Cavallari celebrated her 22nd birthday at Hyde Lounge in L.A. Cavallari hosted her birthday party with a 1970 -1980s theme. That explained why Cavallari wore a leotard, tights, leg warmers and showed her cameltoe. Cavallari is among the wave of celebrities who chose retro themes for their parties. Cavallari ran her party like an official function. She had the look of determination on her face not to make a fool of herself with too much drink. 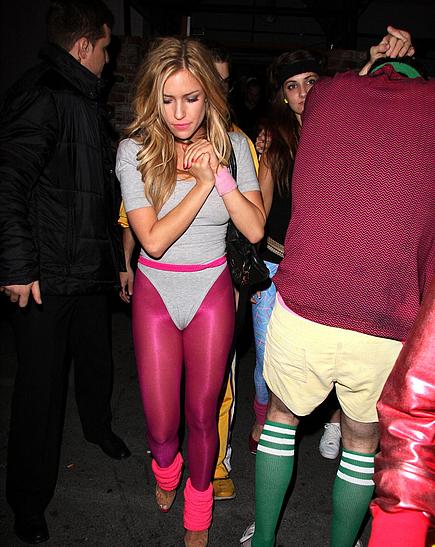