Don’t we love those pretty girls in small bikinis, here’s another flavor. Great pictures of Lara Bingle at a photo shoot on Tamarama Beach in Sydney. She’s certainly great with the poses, almost a natural beach girl. You could say that’s because there’s not much she can complain about if she gets a touch up after every shot unlike regular picnickers who’re left to deal with sand in their hair. But let’s not get to skeptical here and give her credit for all the bikini changes, and hard work that she’s putting in to ensure that we have more eye candy to feast on. Just so you know, it’s now summer in Australia. 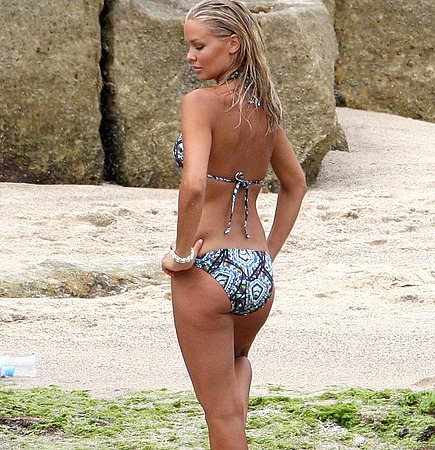