I keep meaning to catch up on this series, The Only Way Is Essex but I just haven’t gotten around to it yet. Lauren Pope is one of the reasons I keep meaning to check it out, even though it isn’t exactly the kind of show I’d normally be interested in. For those that don’t know, TOWIE is a ‘reality show’ similar to The Hills and Jersey Shore – two shows I didn’t love but seem to be great at making stars out of average people. What I like about Lauren though is that she is more than just a typical reality star.  She’s also a DJ, a producer, a designer and a model. I appreciate the fact that she seems to have put some effort into becoming something more than what she became famous for. In these photos in Marbella, Spain, we see Lauren taking a little time out to enjoy a nice day by the pool and I have to say, she looks terrific. While she may not be some people’s idea of ‘beautiful’, she’s certainly mine. I like the fact that she isn’t typical. I’m not sure what will happen with her career after her time on TOWIE comes to an end, which it has to eventually, but I hope for nothing but the best. 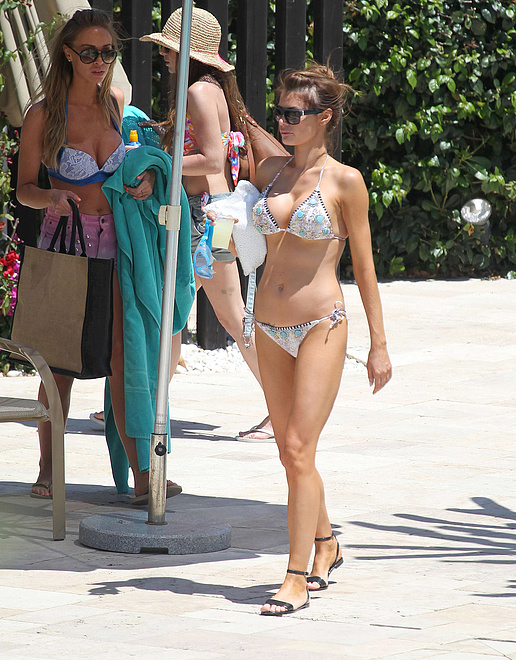 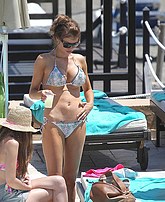 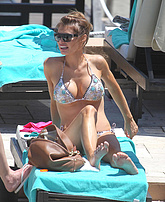 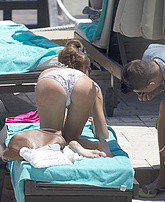 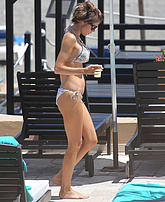 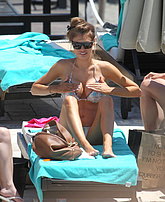 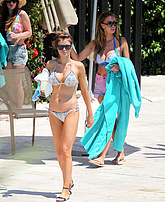 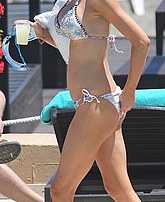 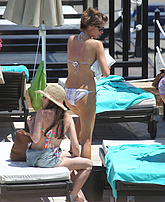 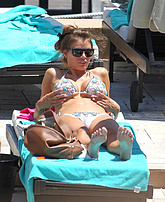