Lea Michele Smiles For The Cameras.

I’m kind of back and forth on Lea Michele. Sometimes I think she’s stunning. Other times I think she’s just pretty. It really depends on the photos, I suppose. These photos fall into the “just pretty” category. I don’t think it’s actually Lea that’s bothering me about these photos. I think it’s Lea’s bangs. I’m just not a fan of the bangs hanging flat over her forehead like that. They look better swept to the side. They might look better if she had the rest of her hair pulled back but like this, her hair makes her face look a bit square. Doesn’t really matter in the end though. Leaving the Warren Tricomi Salon in West Hollywood, Lea looks good. She just doesn’t look quite as good as she does in some of the other photos I’ve shared of her. Hey, they can’t all be winners and even on her worst day, Lea is still more talented and more attractive than the average woman, myself included. And then there’s that voice of hers. She could let herself go completely and shave her head bald and she’s still have a voice that beats most of the competition. 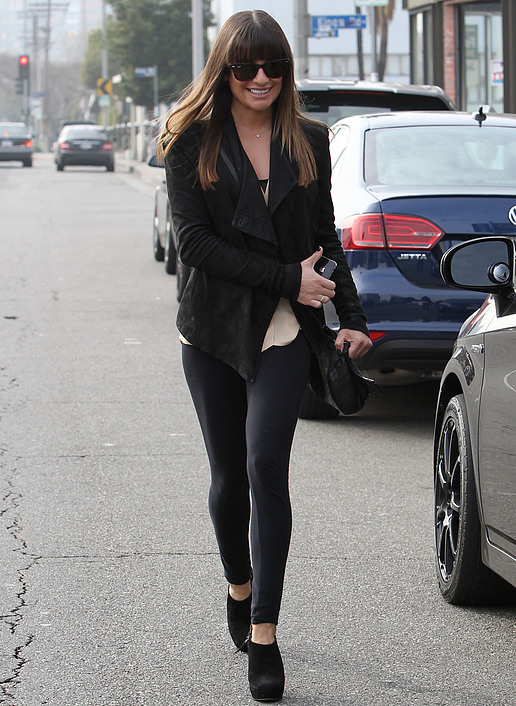 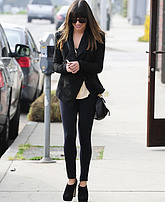 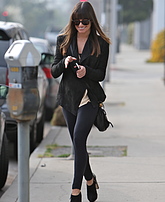 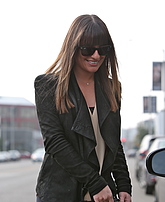 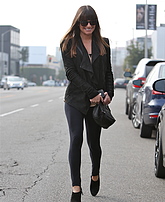 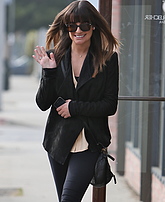 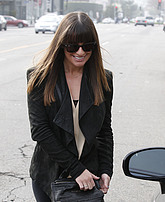 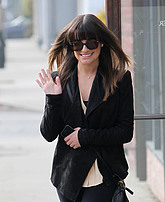 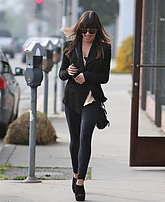 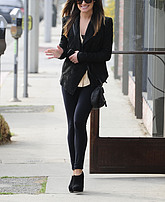 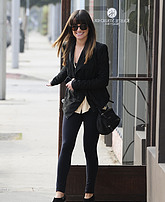 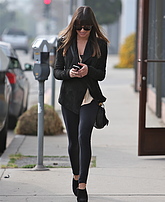 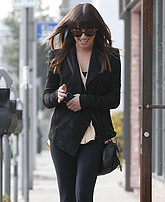 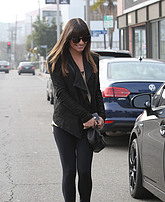 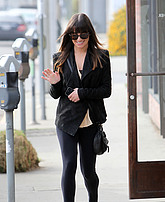 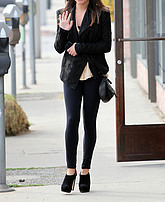