Tennis player and star Anna Kournikova was spotted in the recent Press Event at the Ntional Auditorium in Mexico. Wearing an all black skimpy dress, the sexy tennis pro comes leggy and was able to comfortably face the crowd with pride and beautiful and charming smiles. It has been years already since we have seen Anna Kournikova in action. However, the athlete will never be forgotten by many of us especially those who played poker. Why, simply because Anna Kournikova is also a Texas Hold’em lingo that simply means the hole cards Ace-King. In addition, Anna also appears on many of the men’s magazine making her visible not only in television but in prints as well. 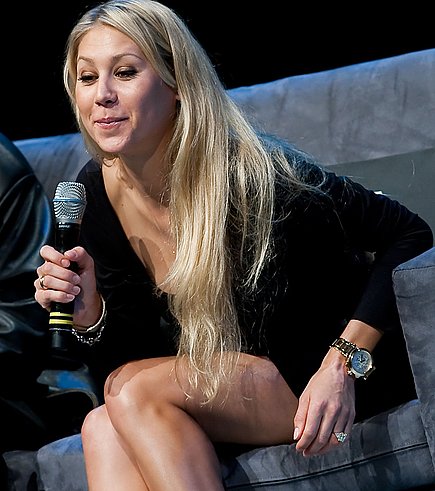