Casual yet beautiful, Gossip Girl star Leighton Meester is back in action to her show The Gossip Girl. Leighton Meester together with a new comer was on the set of Gossip Girl in New York to film the season three of the said show, with and airing schedule on September of 2009. Wearing her colorful haltered dress and casual sleepers, Meester looks extremely beautiful and girly in these photos and probably stands out in the set. The denim pants and off-shoulder blouse shows the casual beauty of Leighton. Aside from Gossip Girl, Leighton Meester is also busy doing her two upcoming movies that includes the Roommate and Date Night. 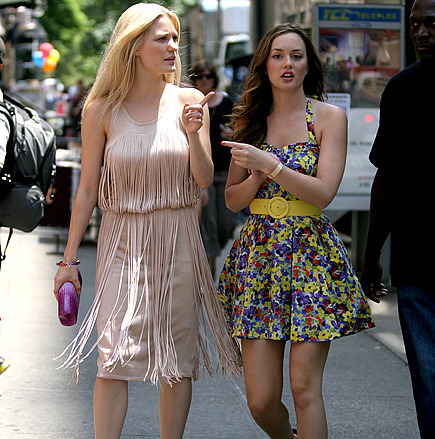