Leighton Meester and Blake Lively as spotted together while on the set filming for their show Gossip Girl outside the Metropolitan Museum of Art in New York City. The beautiful ladies are hugging each other for one of the scenes for the 3rd season of Gossip Girl that will be aired on September 14. Leighton is wearing a blue striped dress and a pair of Elizabeth and James bright pink shoes, which made her looking so simple, yet beautiful. On the third season of Gossip Girl, Hillary Duff is their guest playing the role of a movie star seeking for an ordinary life in college. For sure, fans of Gossip are eager to watch the third season. 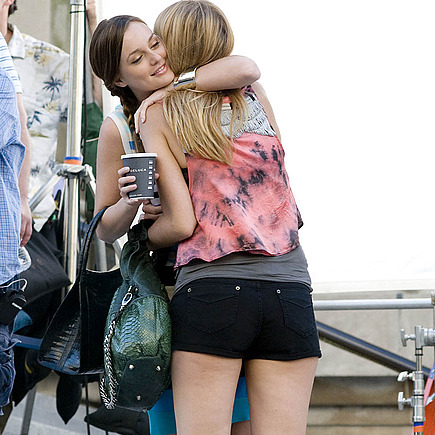