British singer Lily Allen daughter of musician Keith Allen and film producer Alison Owen was spotted recently wearing a blue bikini top and short jeans skirt after her controversial show at the Aussie Big Day out fest. The English pop singer was spotted in distressed and tired looks with sweaty face and untidy make up on her performance. Right after the performance she collapsed while moving towards her car. But nothing serious though apart from catching media’s attention. The actress turned pop star was said to have drunk a lot on that day. Reports also suggest that she was exhausted because of the hot climate. 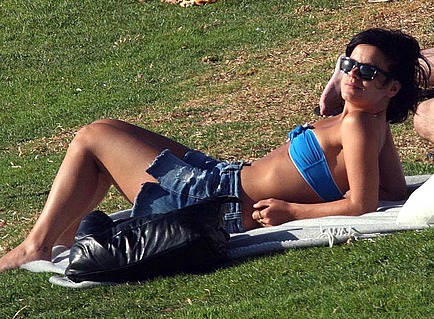